A campaign is a collection of flights, which contain the advertiser's ads. Typically the flights in a campaign have a common theme, such as a product or promotion.

Refer to our API documentation for more info about our Campaigns endpoints. 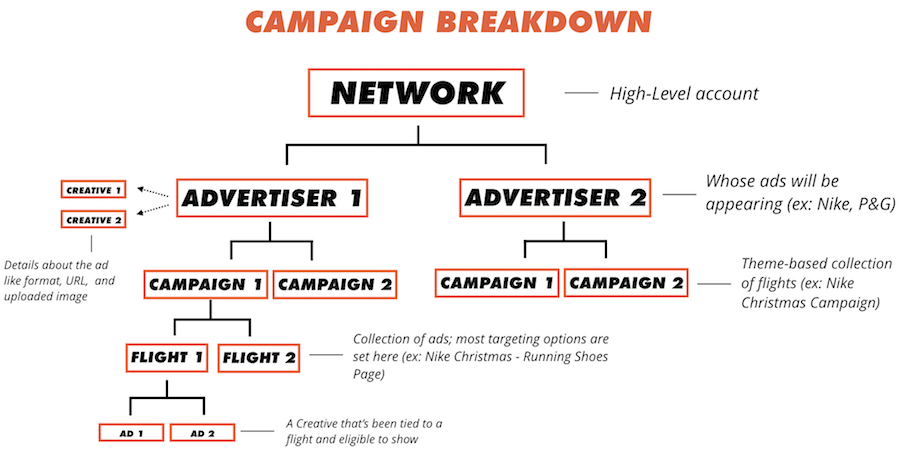 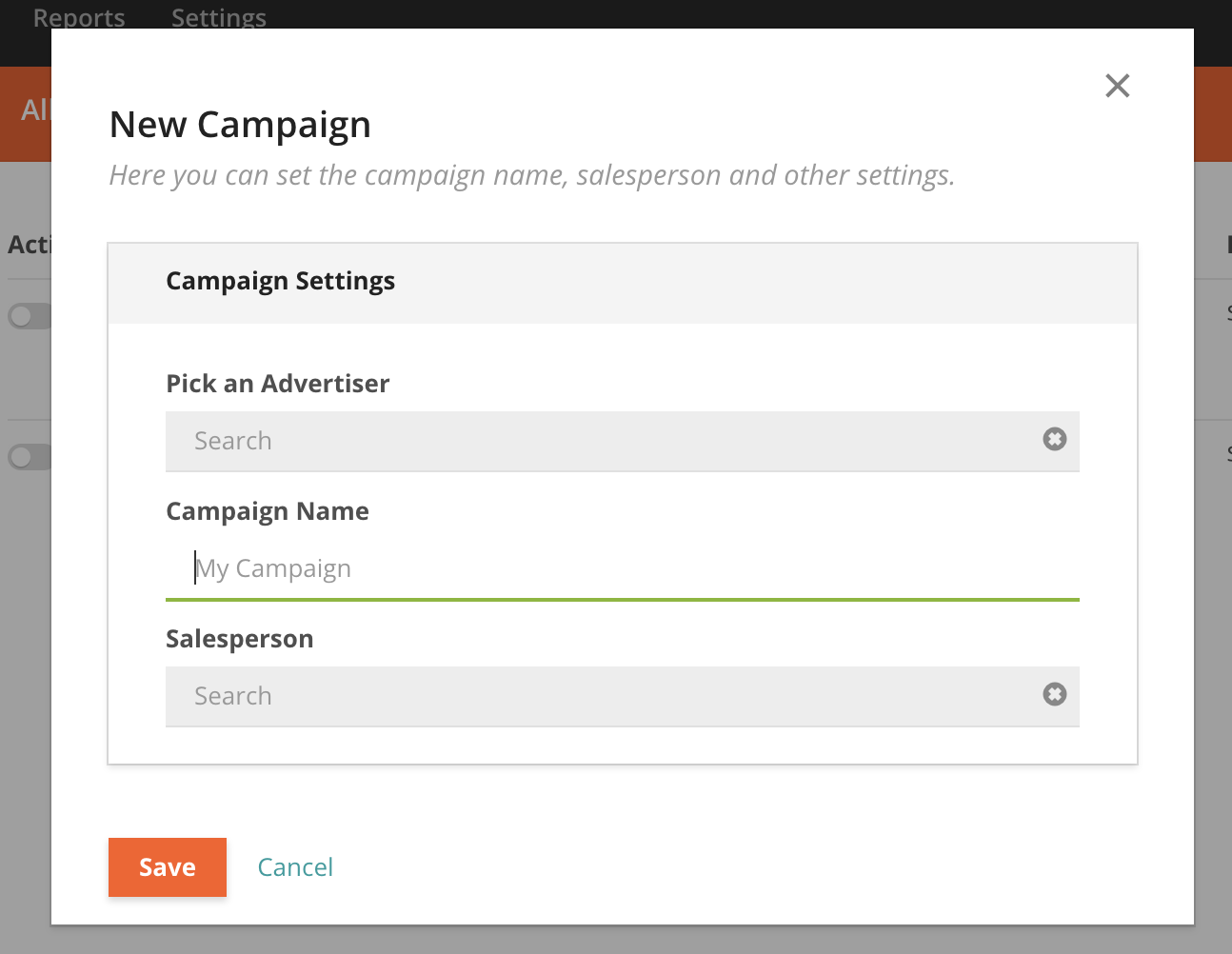 Refer to our API documentation for more info about our Campaigns endpoints.

The salesperson must first be added to your Kevel account as a user.

Managing Campaigns via our UI

Note: you can not change the Advertiser.

When duplicating a campaign, you can duplicate up to 50 of the campaign's flights.

Managing Campaigns via our Management API

To delete a Campaign, use the Update Campaigns endpoint and set Is Deleted = true.

Total impressions and revenue will be excluded if:

(not including any flights where expected revenue cannot be calculated)

The Kevel UI displays a status for campaigns, flights, and ads (creatives assigned to a flight) when possible. Status is inherited from an entity's least healthy component. For example, if one ad is in danger of not meeting its goal but all other ads in the same flight are healthy, the status for the parent flight and campaign will also be in danger.

When available, additional information on the entity’s progress is shown by mousing over that entity’s status icon. The tables below detail possible status icons and their corresponding definition:

When the flight’s goal type is one of impression, click, or conversion, a colored bar is shown representing the progress towards that goal and its health. For other goal types, a colored circle is shown similar to campaign statuses described above. Status bars shown at the flight level represent the cumulative progress of all ads that belong to that flight. Status bars shown at the ad level represent that ad’s progress as part of the flight’s goal or its progress relative to an override goal set on just that ad.

Searching for a Campaign

In Campaigns tab, fill in the filters on the sidebar:

Additionally, you can use the Search Campaigns endpoint to find a specific campaign by using fields like campaignName.

Wildcard characters are not supported by the Name Contains field.

Also, Name Contains does not recognize straight quotes and apostrophes as smart quotes and vice versa. This is especially important if you are pasting campaign names from Word or Excel.

Archived campaigns are similar to expired campaigns, but there are several differences:

You can only unarchive campaigns if the campaign has no End Date, or it has not yet reached its End Date.